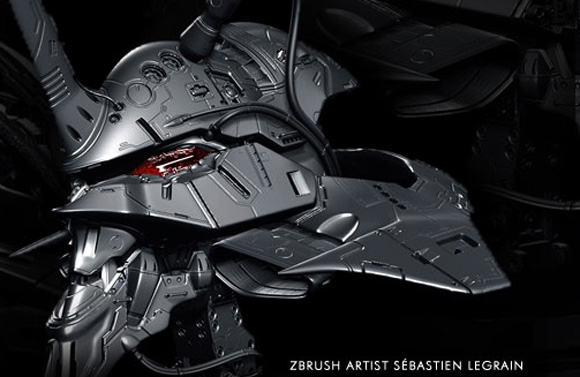 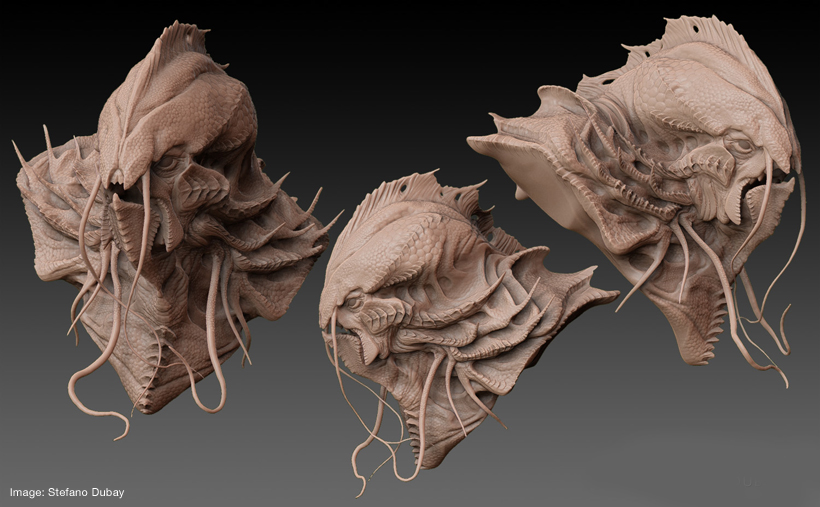 Micromesh is a rendering tool that substitutes a subtool individual Polygons or fibers with instances of another 3d object. This allows an object todo render in ZBrush with literally billions of points. For example, you could put real 3d scales on a dragón. There are a los a lot of característica enhancements such as new bpr filters todo make your renders Even more creative and a (*.jpg) export característica with cropping tools and real-time preview.

Over the next few weks, Pixologic Will be releasing two important plugins. The noisemaker plugin is going todo be arriving and brigging with it a bevy of new procedural noise options for your detailing, both sculpting and texturing. Whip up patterns with limitless combinations with over 25 parametric Generator, in both 3d and UV modes. Using interpolated masking, this noisemaker is able todo create polygonal meshes using a ZBrush navigational style, in as Many diferent combinations as the most creative artista can think. Qremesher (the Project code name) is going todo be a guided, automatic retopology tool. Its initial reléase in february was todo be as a free alpha versión for everyone todo test and give their feedbak on, helping todo shape the plugin development. All these features are great for punters. Mentioned on the forums also, was this: ZBrush costs about as much as i used todo pay for an annual subscription for other software that does the same thing.

There are a los some great interfaz enhancements being prepped in ZBrush 4r3. One of the best is the ability todo collapse and hide Many of the menú strips not in use. Understanding that is is something col todo have everything at hand, the workspace of some modern software can begin todo fel crowded out, claustrophobic. Sub-palette sections Will now allow you todo control the length of each sub-palette Simply by collapsing or un-collapsing sub-sections.

This update todo the latest ZBrush Will not only be free todo registered users of the application, but it Will a los be automated. A new web-enabled update característica Will make sure that users Will never miss out on being as up to date as they can be. ZBrush 4r3 Will a los include further enhancements and fixes for Items reported and identified in ZBrush 4r2b.